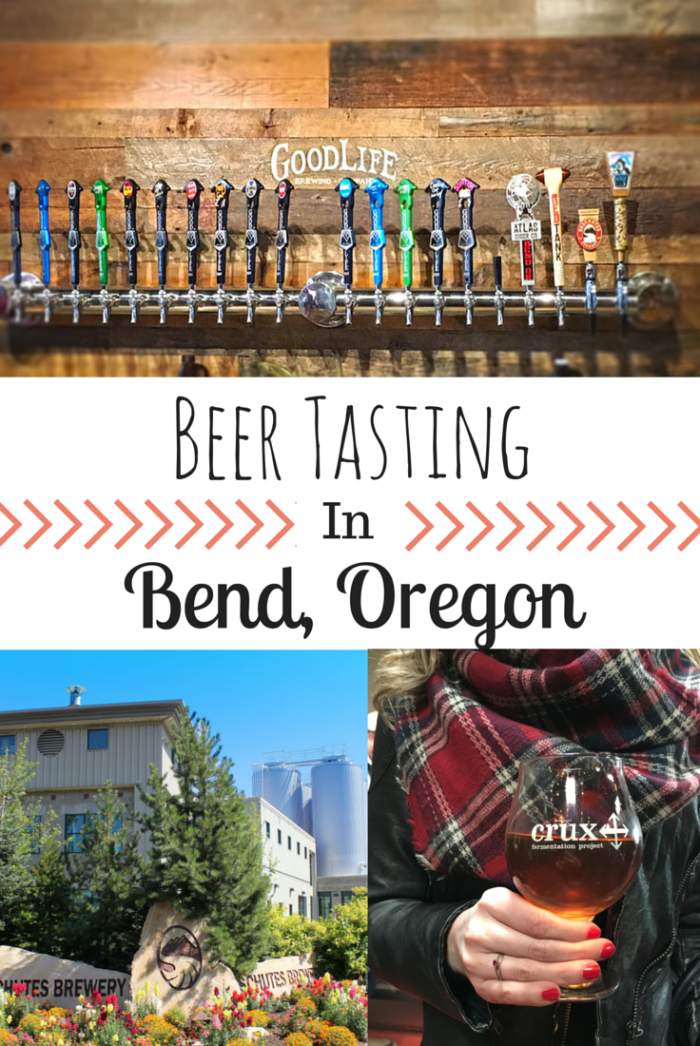 It’s no secret that Oregon is the perfect Oasis for beer lovers. While Portland may be known as the craft beer capital of the country, central Oregon is also cranking out the craft brews. A short 3 hour drive from Portland, Bend Oregon has been accumulating its own cult following of beer advocates. Boasting more breweries per-capita than any other city in Oregon, Bend is busting out the brews and beer snobs everywhere are taking notice.

When visiting Bend, one can easily taste all the great beers along the Bend Ale trail. However, this does require a bit of strategy, as hitting all 14 breweries would take (most people) several days. If you do decide to go this route, pick up a Bend Ale Trail Atlas and Passport, and win prizes for collecting passport stamps.

Whether you want to plan a tasting trip, or enjoy a few tastes along the ale trail, below are some breweries not to be missed:

Deschutes is considered the Brewery that started it all. It’s the biggest brewery in Bend, and the sixth biggest craft brewer in the US. Even if you’ve never to been Oregon, chances are you’ve tasted Deschutes Mirror Pond Pale Ale or Black Butte Porter. However, visit the Deschutes tasting room to taste some unique beers, or tour the brewery.

Boasting good food, great beer and a nice atmosphere, CRUX is one of my favorite breweries in bend. The staff is incredibly friendly and knowledgeable, and they’re happy to answer any questions. There’s also a cool outdoor area with a fire pit and large lawn that’s perfect for watching the sunset. Crux even has “sundowner hour” specials half an hour before and after sunset. If you’re visiting Bend, don’t miss them gem.

Boneyard is a no-nonsense neighborhood brewery that’s located somewhat off the beaten path in a residential area near the Bend parkway. This was one we were really looking forward to visiting, as my boyfriend had golfed with the owner’s uncle, who told the story of how the brewery was created using equipment that was donated or pre-used. This is where the name “boneyard” originated, as the owner went to the boneyard to salvage old equipment.

Unlike most other Bend breweries where you can have food, sip beer, and enjoy an overall experience, Boneyard’s focus is on the beer and the manufacturing / production plant, with the tasting room as a side-note. The small tasting room is standing room only, and they only do flights (so no pints, just tasters), and growler fills. During your visit, you get to sample 9 tasters, including the RPM IPA – which is what put Boneyard on the map and is currently the best-selling beer in Oregon.

Although Worthy Brewing Co is located in East Bend away from most of the other breweries, it’s definitely “worthy” of a visit (no pun intended). The brewery includes an outdoor patio, beer garden and restaurant with a modern, airy and open atmosphere. If you visit during peak times on a weekend, you will most likely end up waiting, but the food and beer are definitely worth it.  If you’re visiting during the summer, Worthy has one of the better outdoor patio areas.

GoodLife is a must visit brewery along the Bend Ale Trail. The spacious brewing facility adjoins a bar and restaurant, where guests cram together on long picnic tables to enjoy some great beer and food. When we first arrived, the place was busy and seating was scarce. However, after spending some time there, it’s easy to see why so many people were willing to wait in line. GoodLife produces some excellent beer and, in addition to their own brews on tap, they also serve numerous beers from other local breweries (gotta respect the support). During the summer the garage door opens, and guests can spend time on the large lawn where there’s a fire pit and lawn games.