Last weekend I set out to the San Juan Islands with one goal: I wanted to see some whales. And not just any whales, I was on a mission to see Orcas (e.g. Killer Whales). I have always been captivated by these animals, but have never seen one in the wild. Fortunately for me (and anyone who shares my interest in marine mammals), Washington’s San Juan Islands are home to plenty of orca pods.

Located in the Salish Sea, the San Juan Islands are the best place in the world to view orcas. Despite this, when planning my trip I took every measure possible to ensure my whale stalking getaway was a success. I researched whale watching tour options (of which there are many), read up on whale migration behavior, and even identified which areas I should stay/visit to increase my odds of spotting a whale (findings below).

My assertive approach to “whale stalking” (not to be confused with the passive nature of “whale watching”) paid off. Ultimately, we ended up seeing not one, but TWO pods of orcas. Our first encounter was with a transient pod, and our second was with a resident pod. According to our guide, viewing both a resident AND transient pod during one tour was extremely rare, as the pods actively avoid one another.

Was this success a result of my research and planning, or just dumb luck? Though I’m inclined to go with the latter, there is something to be said for being in the right place at the right time.

If you’re hoping to go whale watching in the San Juan Islands, here’s what you should know:

Though orca whales reside in the San Juan Islands year-round, they range through the islands the most between May and October. This is when the salmon (Orca’s primary prey) runs are strongest. It is during this time that salmon come from the ocean to spawn in the Fraser River or rivers of the puget sound. In particular, late May, June and early July are the optimal times for viewing.

While some transient whales can be seen during the winter months, most resident whales aren’t usually in the vicinity of the islands after October.

95% of Washington’s orca sightings occurring in just one narrow corridor along the extreme western edge of the San Juan Islands. If you want the best view, I definitely recommend joining a whale watching tour (recommendations later in the post). Tours monitor whale activity and take you to their last known locations.

If you’re hoping to view whales from land, the best place to go is Lime Kiln Point State Park. Also known as “Whale Watch Park”, Lime Kiln is located on the west side of San Juan Island. You can bring a picnic, or park yourself on a bench near the park’s rocky cliff and wait for the whales to pass by. 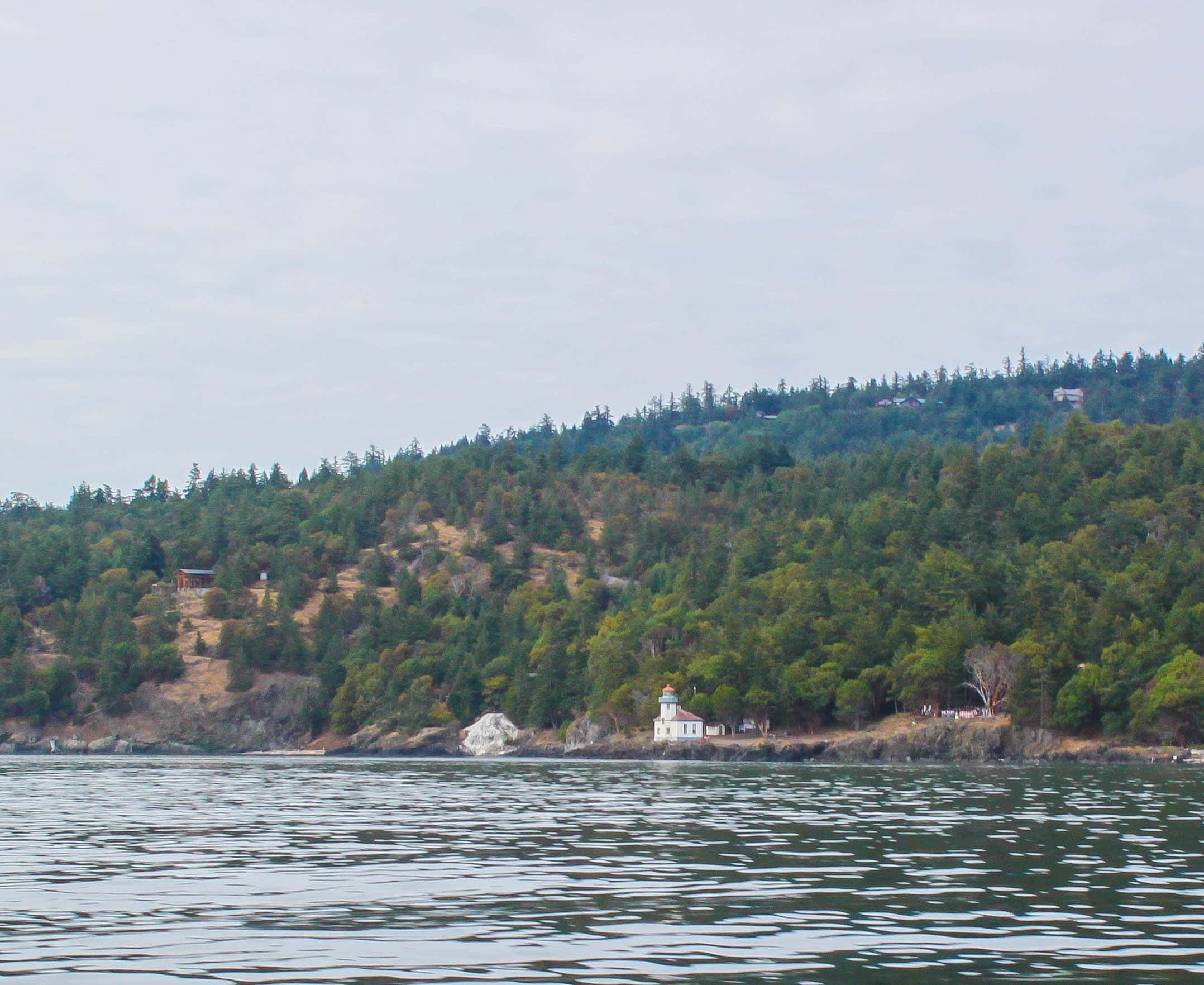 As I mentioned above, the best way to see whales is to join a whale watching boat tour. There are a ton of options, and I researched most tours departing from San Juan Island before deciding on Maya’s Legacy. 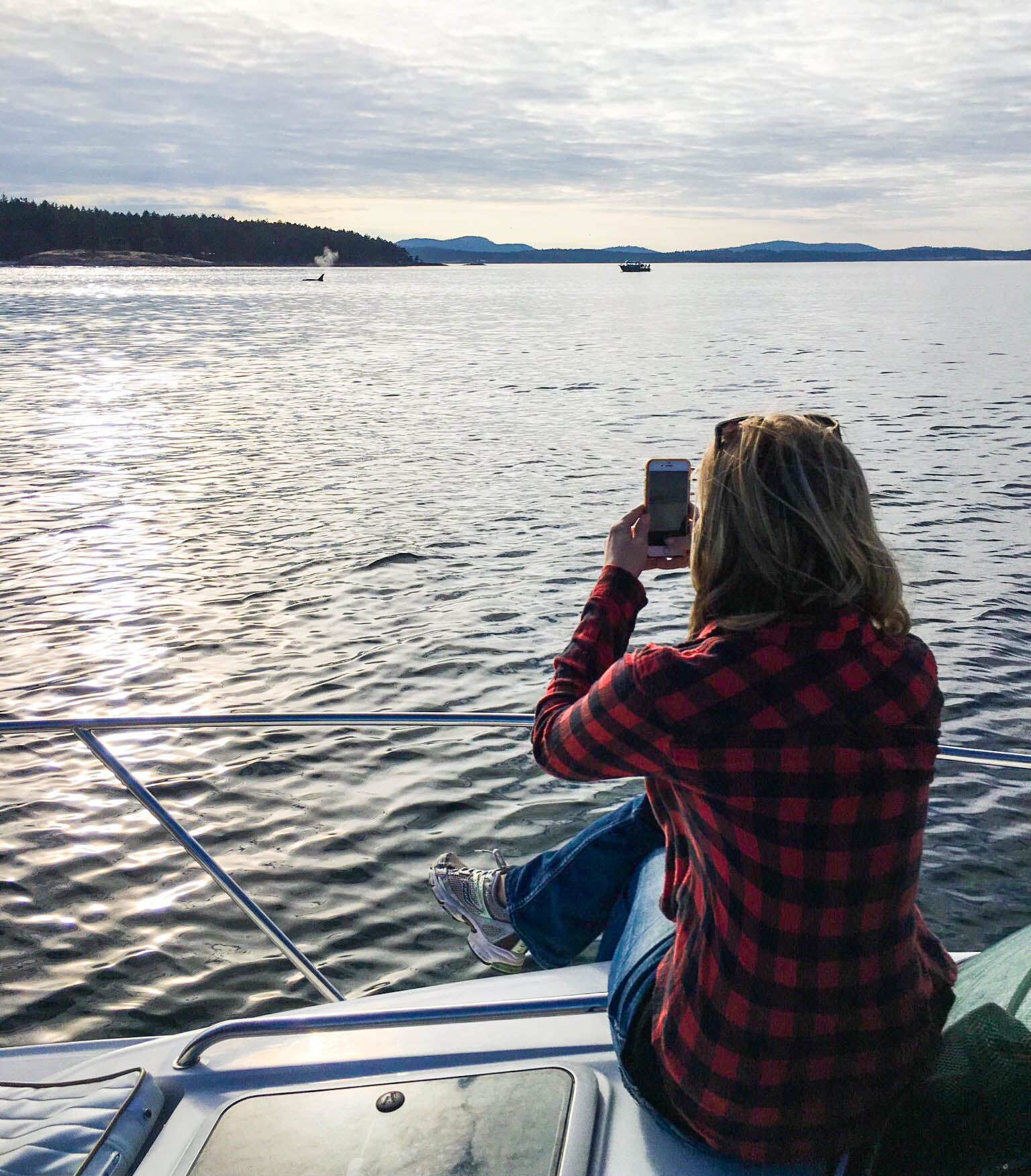 I had narrowed it down to San Juan Excursions whale watch tour and Maya’s Legacy whale watch tour. I was considering San Juan Excursions because they will take you back out if you don’t see a whale on your first trip (and they are slightly less expensive). However, I went with Maya’s Legacy because of the intimate experience (each tour has 6 people or less) and the departing location (West side of San Juan where the whales are known to gather.)

Ultimately, I definitely made the right choice and can not recommend Maya’s Legacy enough. Each tour has a captain and marine naturalist on board that answer questions and teach you so much about the orcas and other marine life. The tour was supposed to be 2-3 hours but ours extended to 4 hours because we found a pod of whales on the way back to the marina. The crew’s passion for the whales and their job is evident, and the entire experience completely exceeded my expectations. While on the water, we saw other whale boats and I’m so glad I chose the one that wasn’t packed with people. The intimate experience, the passionate and knowledgeable crew, the small boat (that travels fast enough to get you to where the whales are), everything was perfect. 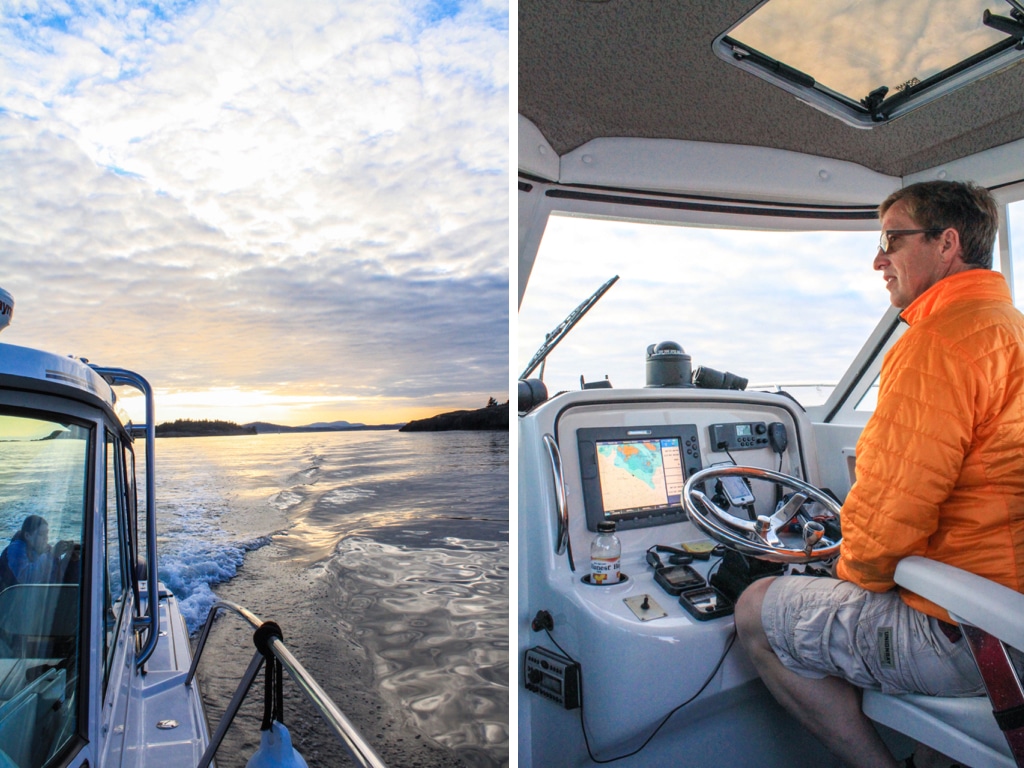 There are several “resident” pods of orcas that frequent these waterways during the summer. Orcas travel in groups known as pods, and the three pods you’re likely to encounter are J, K and L pod. The resident orcas we saw were in J pod.

In addition to orcas you’re likely to encounter a wide variety of other species such as porpoise, sea lions, seals, seabirds, eagles and even humpback, gray or mink whales. 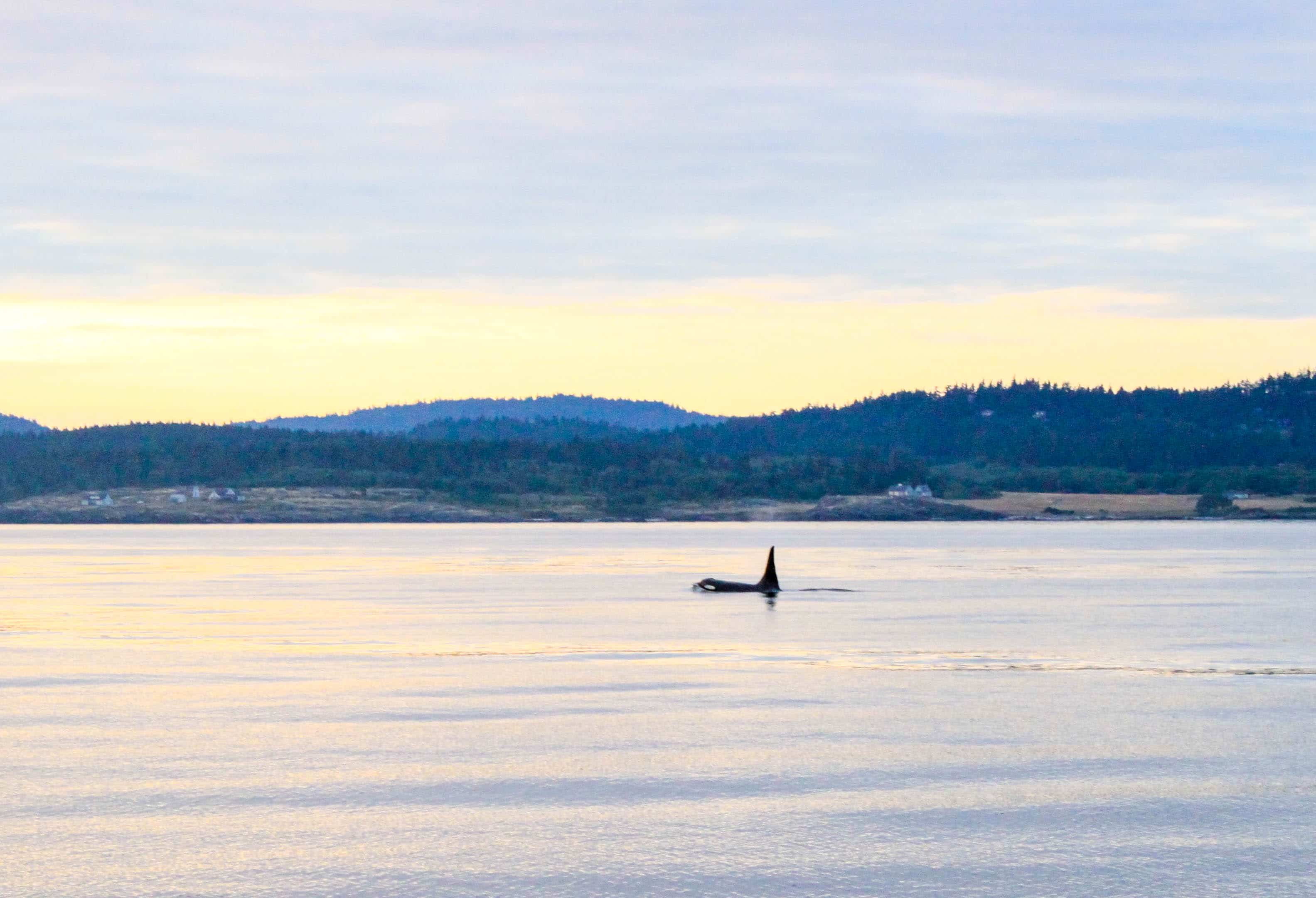 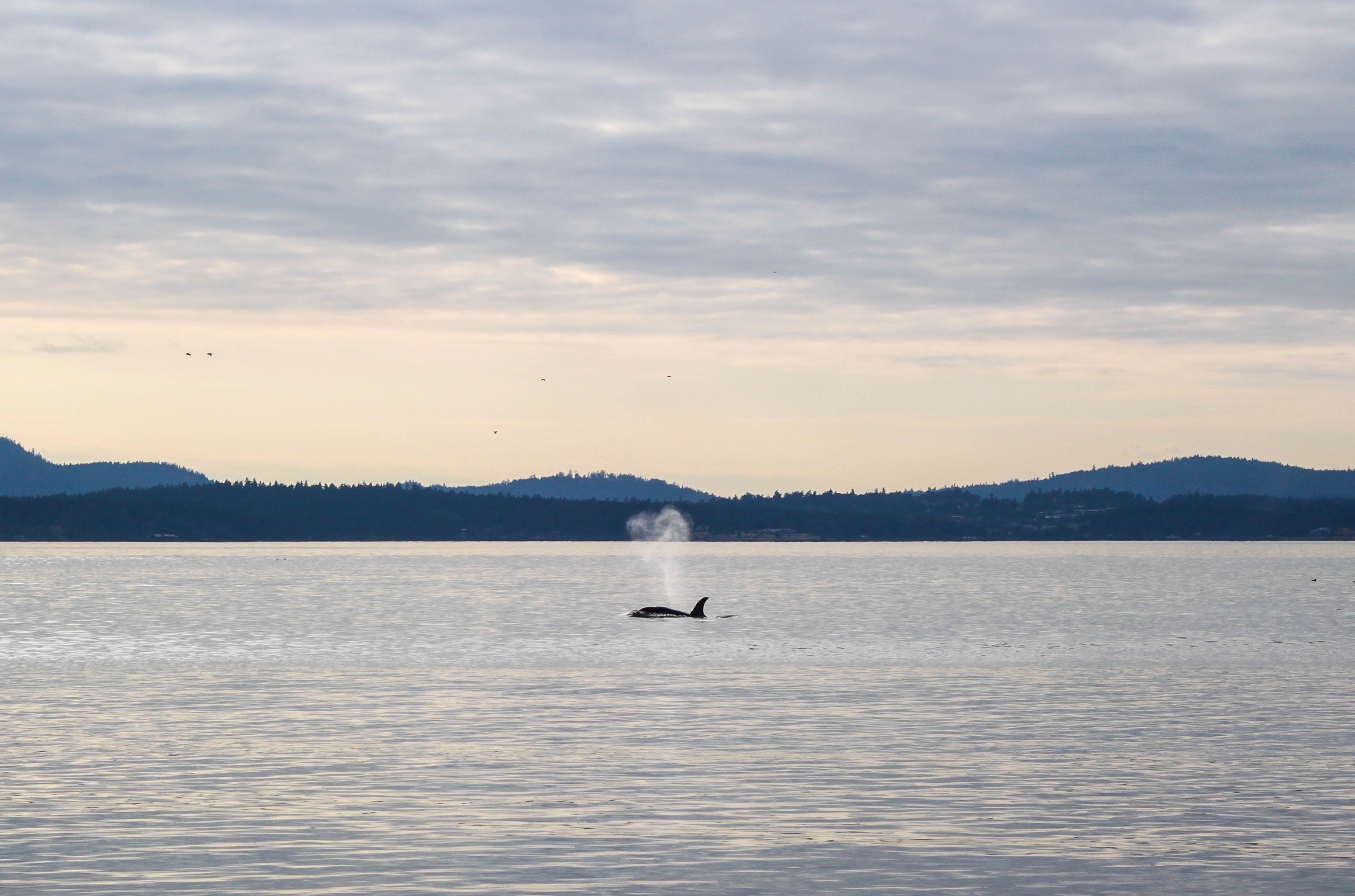 Ultimately, this trip was an amazing experience and I cannot recommend a visit to this beautiful area highly enough. If the San Juan Islands aren’t on your travel list, they should be 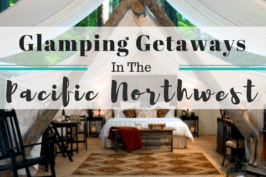 Glamping in the Pacific Northwest: Getaways for Every Season 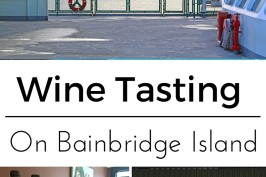 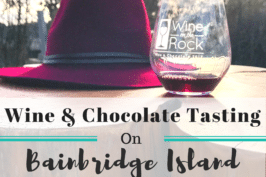 Wine On The Rock: Chocolate and Wine Tasting on Bainbridge Island