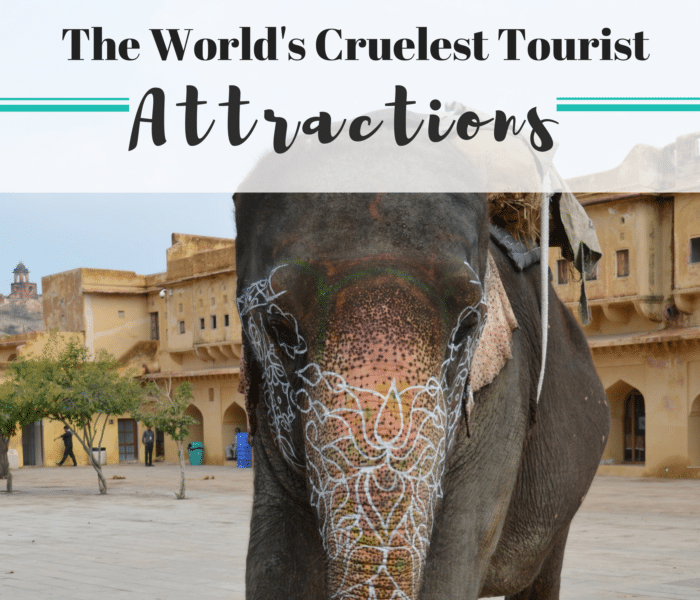 From riding elephants to tiger selfies, tourist attractions that exploit animals for human entertainment are becoming unnervingly popular. Fueled by social media, these intimate interactions with wild animals may seem like a great bucket list experience. However, most people don’t consider the abuse and suffering behind these seemingly harmless wildlife tourist activities (many of which masquerade as conservation).

Many (uneducated) tourists think that riding an elephant isn’t harmful to the animal. However, the brutal truth is that elephants are forced through a horrific training process in order to make them submit to elephant rides and human interaction. The training – or breaking – process is known as the crush and it involves physical restraints, inflicting severe pain (using a bullhook) and withholding food & water. Once the animal’s spirit is broken, it’s kept in chains its entire life, and often worked to the point of fatal exhaustion. Add this inhumane treatment to proven science observations about elephants’ emotional depth, and you have the world’s cruelest tourist attraction.

The promise of a selfie with a wild animal draws thousands of tourists to places like Thailand’s Tiger Temple, but the cost behind your photo is horrifying. The animals are sedated, kept in terrible conditions, abused and trafficked like objects for human entertainment. Cubs are illegally bred (via speed-breeding), taken from their mothers, and subjected to terrible nutrition and training. Furthermore, these places have been exposed for supplying the black market with tiger parts. This wealth of information is readily available to anyone who is responsible to enough to do their research before supporting these types of attractions. Therefore – in short – your tiger selfie makes you look like an asshole.

Swimming with dolphins has become a popular activity among resort-goers and vacationers across the world. However, despite what TV and marine attractions may depict, dolphins are wild animals and their quality of life decreases significantly when they are forced to live in captivity and perform for tourists. Dolphins are very intelligent, cognitive animals with complex social habits and empathy, which makes them incompatible for captivity. 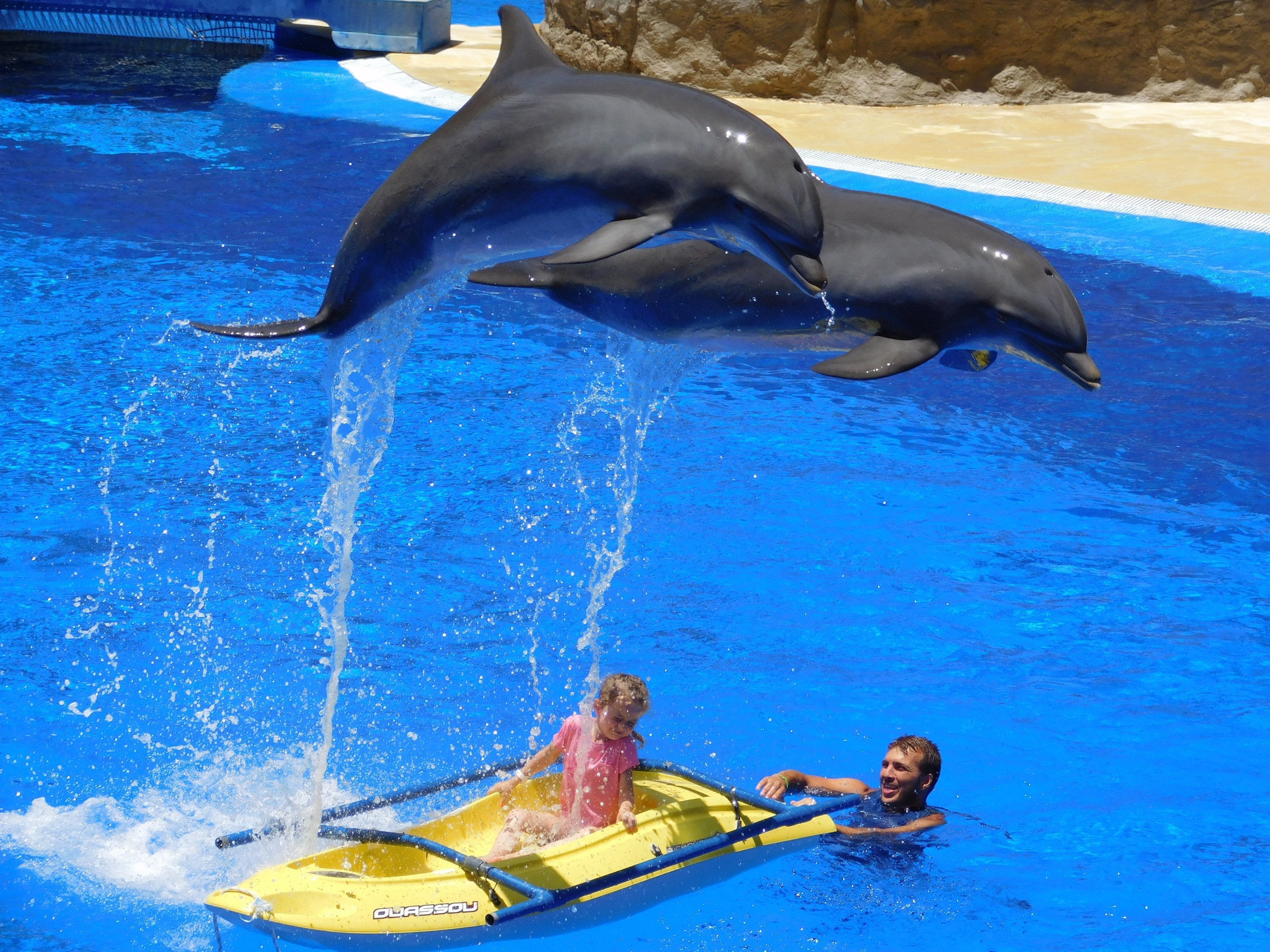 Walking with lions is an activity that’s on the bucket list of many tourists visiting Africa. While petting, feeding and playing with a lion cub may sound like an amazing experience, these cubs are taken from their mothers within a month of birth and poorly treated by attractions posing as conservation organizations. Once the cub gets too old, he is forced into a cramped cage with dozens of others and eventually killed by humans who spend big dollars to go “big game hunting.”

Bear Parks are known for housing numerous bears in small, barren, concrete ‘pits’ with minimal behavioral enrichment. Though bears are naturally solitary animals (in the wild) these pits are generally extremely overcrowded. In addition to overcrowded conditions leading bears to fighting and injuries, animals living in these conditions are more susceptible to diseases and illness resulting from stress. Bears also endure abuse and malnutrition at many of these facilities.

Located in the Cayman Islands, the world’s last sea turtle farm acts as a tourist attraction where visitors can watch and handle turtles. Here, turtles bred for human consumption live in cramped tanks, packed together by the thousands. Visitors are encouraged to hold the turtles, which causes turtles to suffer a great deal of stress, resulting in a weakened immune systems and increased susceptibility to disease. 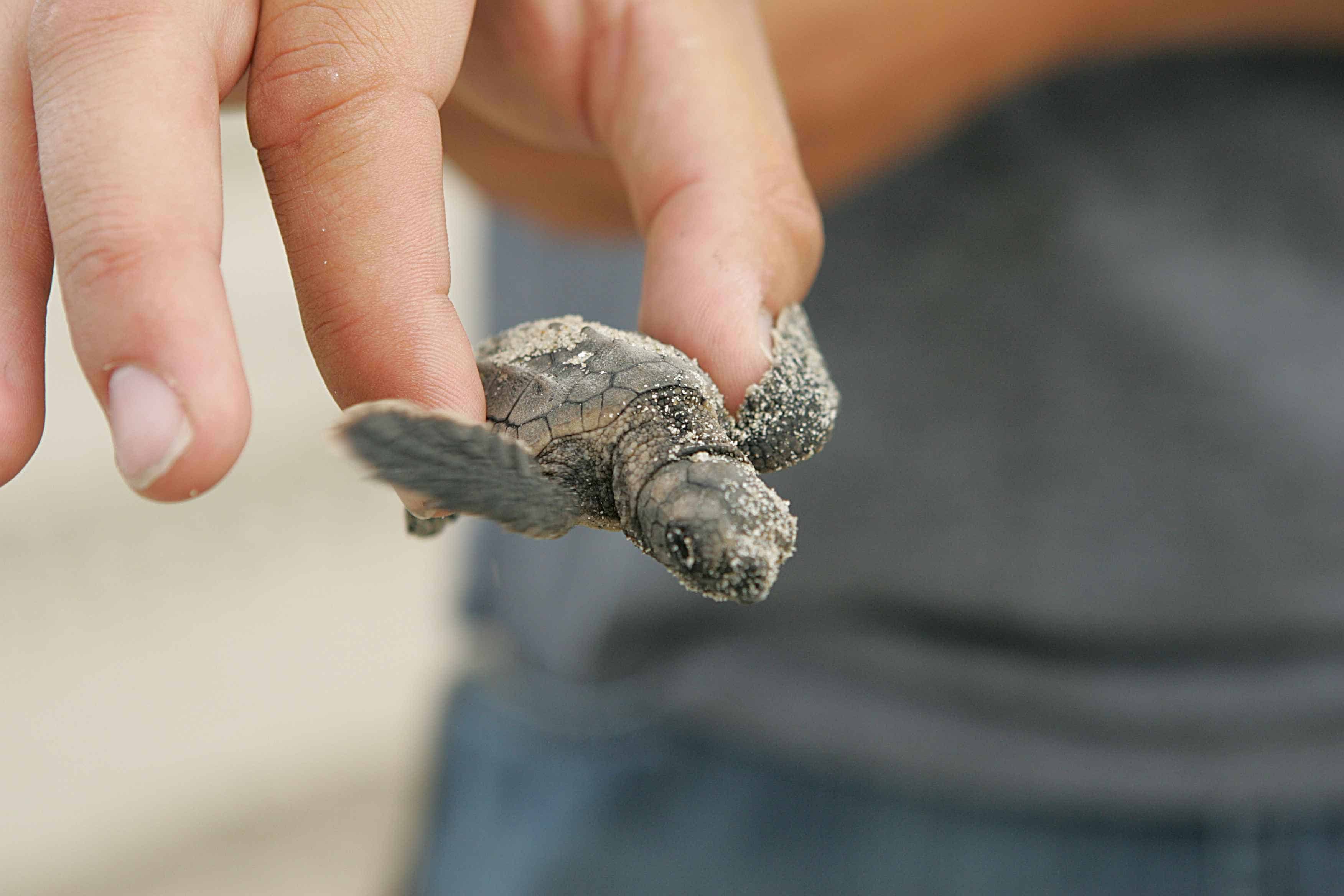 Dancing monkeys are used for street entertainment throughout several countries. Poverty drives the handler to capture the monkeys from forests and take them to ‘monkey village’ where they are trained aggressively and painfully to make them walk, dance, and perform for passersby. Macaque monkeys are also housed in venues across Thailand, offering Macaque shows to visitors. These monkeys suffer regular abuse and are generally chained their entire life. As the monkey grows, the chain can become embedded in the skin, causing infection and disease. 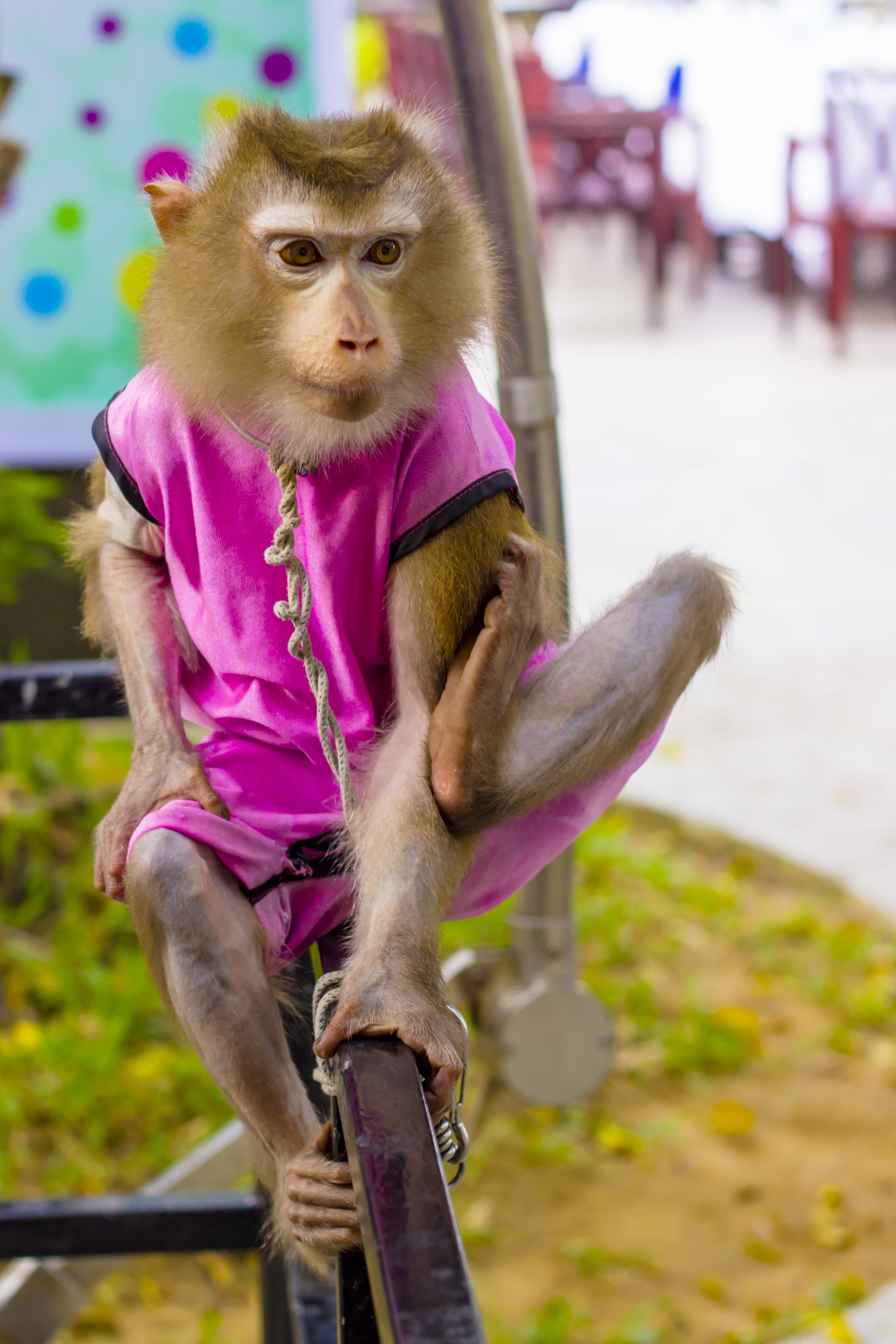 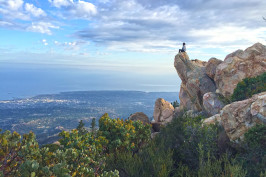 The Best Hikes in Santa Barbara 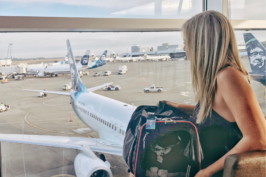 When the Fur Flies: Tips for Flying with Pets 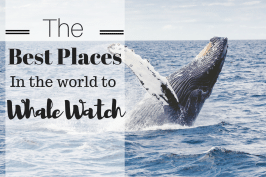 The Best Places In The World To Whale Watch